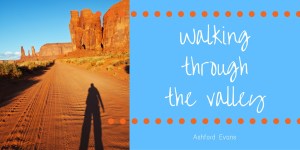 It’s the little things that clue you in- the nuances. No one ever said to me “this is an emergency this is dangerous” but somehow I knew. It was when the nurse insisted that he sit in a wheelchair. When she didn’t ask him to step onto the scale to do a weight check. When she left the exam room door opened and casually pointed out the call button on the wall. These were the things that made my heart start to pound and my senses heighten. It was when the doctor ordered a head CT and a chest x-ray that sent me grappling through my purse to find a discarded pill bottle of xanax because I knew- somehow I just knew- that things were about to get really really scary.

He had been going through a grueling regimen of chemotherapy- 19 infusions in just 24 days. Things had been bad, they had been scary, they had been barely survivable. But we had done it and just 4 days earlier the doctor had reduced his dose by half and put him on injections instead of IV. It was supposed to get better. Unfortunately it didn’t. In fact, it got worse.

After just 2 injections I found myself tearing into the infusion suite (alone) with my hair disheveled, smeared makeup, and tears streaming down my face. I was in a panic. He had been up all night wretching in the bathroom. I hadn’t slept in I don’t know how many days. And the few times I did find myself catching a nap my dreams were filled with plane crashes and missing children. I had reached the end of my rope and it was unraveling fast.

He woke up that morning struggling to breathe. My healthy, outdoorsy, 40 year old husband didn’t have the strength to fill his lungs with air. That was the catalyst that sent me running to the nurse’s station without an appointment, without checking in at the front desk.

They must have seen the terror in my eyes. I could barely get the words out to explain what was happening. All I could say was “we can’t do this anymore, he can’t do this anymore”. The tears were uncontrollable, my voice shook with every syllable. I was beaten, broken. I didn’t know what to do to help him. To fix him.

They calmly asked me to return home, collect him, and bring him back to the cancer center “immediately”.

I don’t remember the drive home. I vaguely remember struggling to get him out of the bed and into the passenger seat of my car. I don’t remember the drive back or checking in or waiting at X-ray. Somewhere in the back of my mind I knew they were doing a chest X-ray to check for a pulmonary embolism. I knew my uncle had just suddenly passed away a few weeks prior due to that very thing. I knew something was different but I couldn’t quite put my finger on it yet. Then things started to move in slow motion. The nurse brought him back in a wheelchair and all the background noise faded into a dull roar. It was like moving under water. My feet were heavy, my movement slowed, my thoughts frozen. Wide eyed and silent I followed their instructions. This is when I began mentally taking notes of the little things. The small differences that were indicative of something much greater, much scarier. Something I couldn’t formulate a thought around but felt deep in my gut.

Then time seemed to catch up suddenly and things began moving very very quickly. Too quickly to understand what was happening. They had ordered a head CT. Somewhere in the back of my mind I knew this was to see if the cancer had metastasized to his brain. But I couldn’t make a coherent thought to come to terms with this realization.

He was put back in the wheelchair and rushed down the back hallway to the service elevator. I had to run down the hall to keep up with the nurse pushing him as the doctor screamed orders behind me. We exited the service elevator and weaved through the back hallways finding ourselves in a small private room off the main infusion floor. His nurse quickly came in and began trying to start an IV. There was standing room only in the tiny room and there was some sort of complication with the IV. There were nervous jokes and concerned looks hidden behind thin smiles. No sooner did she get the IV started when we were told CT was ready and back into the wheelchair he went. I ran to keep up with them again. Back through the hallways, back up the service elevator, into yet another back hallway. He was whisked around a corner and I was told to sit on a bench in the hallway.

I felt the wave of dizziness as my xanax finally took hold. The next thing I remember we were back in the private room off the infusion suite and he was hooked up to fluids and meds and who knows what else. I believe at some point I called my boss and bowed out of a work trip I was supposed to take the following week. Then I woke up in the infusion chair next to him in the dimly lit room. There was a basket of homemade muffins on the table next to me with a card. My in-laws were standing just outside the door speaking in hushed whispers. His nurse came back in and unhooked the IV. No one was left in the building and most of the lights had been turned out. We put him back into the wheelchair and my father-in-law stood with him at the front of the cancer center while I pulled the car around.

I don’t remember the drive home or anything that transpired the rest of the night.

This was twelve weeks ago. It seems like it was yesterday. It seems like it was a lifetime ago. I had blocked it out- refused to remember. One foot in front of the other continuing to survive. And now when things are so much better, so much different. It haunts me. I am writing, I am processing. I am getting through. I am trying to reenter society. To be normal, to forget. To live.

We are okay now; I am okay. But it happened and I am forever changed. I had never come so close to losing him and I will never forget what that felt like.

We didn’t get an explanation or any answers that day. What we got was a moment in the valley.

But sometimes God puts us in the valley so we can appreciate the mountaintop. And the only way to get through it is to just keep going. I walked through the valley of the shadow of death and it shook me to my core. But we survived- are still surviving- and we came out the other side.

One thought on “Walking through the valley”