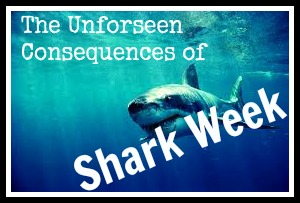 I took my girls swimming at the local Y this Saturday in an effort to get some of their energy out and for me to burn a calorie or two. My oldest is a little fish and my youngest, well she loves her water wings.

We got there and thankfully the water was not too cold. I personally hate cold water and my kids have -2% body fat so they turn purple and shake within 5 minutes of being in 85 degree water. I, on the other hand, am insulated like a walrus so I never turn purple, instead I just bitch the entire time that my blubber is cold. Of course the girls would rather go into hyperthermic sleep before admitting they are cold and they want to get out.

The girls always want to play a game. Usually at the pool it is mermaids which I don’t mind. Naturally they are sisters in the game and their mom is dead. I am assuming that is due to every damn Disney movie having the mom be dead; I am not a big fan of the kids pretending their mother is deceased. Anyway, I have to play the evil aunt/human/squid or whatever they decide. They also never let me say what I want, I have to follow their script or else I am yelled at for ruining the game. I typically oblige unless I just am in the mood to pester them which happens about 20% of the time. They are so cute when they are angry.

T, like every other little girl, likes mermaids but more than that she loves sharks. We still have to watch Shark Week shows that are recorded on the DVR (shark week has long been over). She even recently participated in a pageant where they asked her on stage what her favorite movie was. In a strangely low, kinda creepy voice I have never heard before she said “Shawk Week”.

Alright, alright, simmer down folks, I am not a Mama June wanna-be with a little Honey boo-boo, although my second chin is starting to fill in nicely. She wasn’t dressed like a 14 year old prostitute, I don’t do glitz and glam – and she didn’t win, the 8 year old that looked 22 won. Not a glitz and glam pageant my ass.

T’s favorite shark is a hammerhead and one of the shark week shows we watch is “Monster Hammerheads” which is about a huge hammerhead shark that has been spotted in the Atlantic Ocean and was named “Old Hitler”. Mid-way through our time in the pool, right when other people started coming in to swim, T decides it is time to start playing “Shawk Week”.

So as the other swimmers are approaching where we are T places her hands on her head to make a fin and yells out very loud, to the point of echoing “Mom, watch out!! Here comes Old Hitler!” to which C replies in her equally loud voice that echoes “NO! MOMMY DON’T HURT HIM, I LOOOOOOOOVE HITLER”.

I could practically hear the snapping and feel the breeze from the others in the pool whipping their heads in my direction to see what kind of mother would let their kids play Hitler in the pool. I tried to redeem myself somehow before the pitchforks and torches came out so I replied in an unnaturally loud voice “Girls, didn’t that SHARK you saw on SHARK WEEK have another name?”

“No Mommy, his name was Old Hitler! Stay still, he is going to come kill you.”

We won’t be visiting the pool at the Y for a while, I feel for our safety we may need to lie low. The girls will have to make do playing sharks in the bath for a few months.

One thought on “The Unforseen Consequences of Shark Week”