This post was originally featured on Say It With a Bang 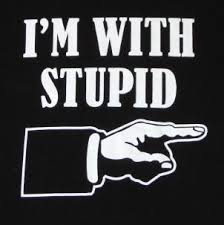 Hold up and suspend your judgement for a hot minute while I tell you how this is even possible. Because trust me it is.

Let’s take a walk down memory lane to when you were first married (in your early twenties perhaps). This was circa 2005 BK (Before Kids). We lived with reckless abandon. We were wild and free and happy. We were spontaneous and dare I say….even fun. I had won a trip to Cancun and we decided to schedule it on our first anniversary. We would make this one to remember.

We stayed at one of those luxury all inclusive resorts [read: free drinks]. We were thrilled when we arrived at the Cancun airport and were offered drinks as we boarded the shuttle bus. What an awesome vacation. Four whole days to drink in the sunshine and each other and cocktails served in coconuts with those cute little umbrellas peeking out of them.

We immediately checked into our hotel, donned our bathing suits, and headed down to the expansive pool. Now this was the pool to end all pools! It even had one of those swim up bars with underwater bar stools! We spent much of our time on said barstools. And we indulged. The food, the drinks, the luxury, and most of all each other. It was a magical weekend.

One afternoon having had our fill of the complimentary cocktails we returned to our room to, er, well, you know…celebrate the union. After some anniversary hanky-panky we lay on the oversized bed talking until hubby dozed off. I retreated to the bathroom to take a long hot shower. When I emerged he was still asleep, naked, upside down in the bed. I found it awfully comical and therefore felt the need to immortalize this moment. I grabbed my cell and snapped a quick pic.

We went to dinner at a 5 star restaurant that night and returned home the next day leaving Cancun in our memories.

Fast forward say five or six years. We had opened a small business together, bought a house together, I had changed jobs (to a global biotech company), and we had two beautiful children together. My how life had changed in just a few short years. That trip was kept in that distant place in our minds covered by cobwebs. We were so consumed by the day to day tasks of raising children while staying afloat in a challenging economy. It was a lifetime ago when we lay on that beach.

One day at work my boss mentioned that her child had broken yet another new cell phone. She was so frustrated with him and his lack of responsibility. She half-joking asked if I had any old cell phones tucked away somewhere.

“Of course!” I responded. “I have an entire gallon ziplock bag full of old phones- I’ll bring them to you tomorrow!”

I would assume that you are beginning to see the writing on the wall here but I’ll go ahead and lay it out for you.

Sure enough the next day I met up with my boss and handed over a gallon ziplock bag of old cell phones and an entire grocery bag full of chargers.

“Let him have whatever he wants and you can trash the rest- they’ve just been in the attic for years anyway,” I told her.

A few weeks later I received a call. From my boss. She told me that her son was playing with his “new” phone and came across some really old pictures. Funny enough it didn’t even occur to me what she could be referring to. So she had to spell it out for me.

“Um, I hope that was your husband upside down and naked in the bed. And where were you guys? Looks like Mexico!”

“Ashford? Don’t tell him ok? I don’t want him to be embarrassed,” and she burst out laughing (because did I mention that she is by far the coolest boss ever to walk the face of the earth).

I think I may have blacked out because for the life of me I have absolutely no memory beyond this point in the conversation.

When I came to, the first thing I did was to of course call the hubs. Panicked I recounted the events desperately hoping he would be able to delay his anger (or embarrassment) long enough to talk me off the ledge.

Instead of being angry or embarrassed or having any normal sort of reaction. In true caveman fashion he snorted and said “Huh. At least I looked *big* in that picture.” And that was the last we ever spoke of it.

So yeah. That happened. Thank God I didn’t get fired. Or put in jail (seeing as how her underaged son was the one who actually found the picture).

The moral of the story? ALWAYS. Always clear your phone. 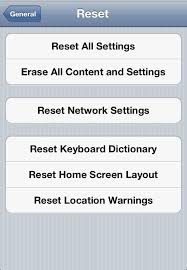