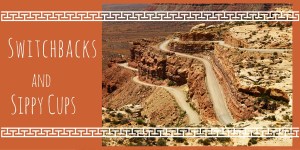 I cry when I hike.

It’s not because I’m weak or miserable. It’s not because I dislike hiking. In fact, I really like hiking. It’s because when I hike I push myself beyond all reasonable limits. I move beyond physical exhaustion and pain to a place where I lose the ability to regulate certain things. I feel my body giving out and I don’t believe I can go anymore. Yet somehow I do. One foot in front of the other. I put mind over matter and detach. I continue taking step after step, my mind somewhere far away, and the tears begin to slide down my cheeks. It doesn’t stop me or slow me down. I give myself the space to allow it to happen.

I used to never push myself. I would quickly assess a situation, calculate the cost-benefit in my head, and usually abandon before I ever even started. When things got tough on a sports team I was on I simply withdrew and quit coming to practice. When a relationship seemed to teeter on the edge of oblivion I was always the first to disengage. Or there was that art project in high school that I failed because I continuously started over and over and over. Each time I would trash my work instead of fixing it and start again. By the time the due date rolled around I had nothing to show.

When I was 18 years old I went on a Wilderness Trek in the Trinity Alps in California. It was a 14 day experience hiking about 10-20 miles a day. We packed and carried all of our own food, shelter, and clothing. We relied on natural water sources we found on the trail. We did a 4 day solo where we camped alone spread out across the mountainside unable to see each other or communicate. It was one of the single most difficult things I have ever done in my life. And one of the most rewarding.

One afternoon after a particularly challenging morning we reached the bottom of a mountain. It was too steep for any trail and so a series of switchbacks crisscrossed their way up the side. Switchbacks are the worst. Although they allow you to climb an otherwise indomitable peak they are tedious and grueling. It takes five times as long as you only gain a few feet of altitude with each pass. The steeper the mountain, the closer together the switchbacks.

On this afternoon I had been delegated as the team leader which meant I hiked in the front. We had already done about 12 miles that day when we reached the pass. We were exhausted and hungry but we knew if we were going to make camp before dark we had to push on. There was really no choice. I began the tedious trip up the mountain. My calves screamed with every step as my 65 lb pack threatened to topple me back down the mountain. I stared at the ground careful to not trip on the roots or rocks so as to maintain my balance. All I could see was my dusty, worn-in boots. One step at a time as the tears began to slide down my cheeks.

We didn’t get to rest long at the top as we still had a few miles to cover before sunset. And the next day there would be another mountain to summit. But for that brief time on top I was filled with pride and peace. I had pushed myself beyond my capabilities and I had triumphed.

Last night as I struggled through the 7pm hour the tears began to slip out of my eyes. I wasn’t unhappy, or miserable, or hurt. But I had pushed myself beyond all reasonable expectations. THEY had pushed me beyond my limit. I obviously had no choice but to move forward with meals, baths, stories, and bedtime. I tried to wipe away the tears but they kept coming silently sliding down my cheeks. The weight of the guilt crushing me. We all have it for one reason or another. Guilt that we work, guilt that we don’t. Guilt that we snapped at them, guilt that we let them get away with something. Guilt over the fill-in-the-ever-loving-blank.

Right now I am in the switchbacks. It seems interminable. It is EXHAUSTING. But I know that at some point I will reach the peak. I know that when I do it will be breathtaking. I also know that this isn’t the last mountain I will have to climb and there will be many more switchbacks in my future. But for now if I can just give myself the space to allow the tears and focus on one foot in front of the other I know I can do great things.

2 thoughts on “Switchbacks and Sippy Cups”