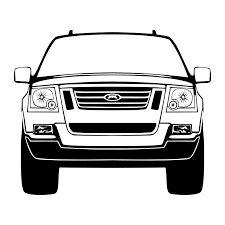 We were looking forward to an uneventful Christmas this year. We had forgone all the pomp and circumstance and opted for a low key holiday. Eeny (6) was to play an angel in the church pageant at the Christmas Eve service. I stuffed my purse with enough candy canes to occupy the boys during the service and we loaded up our suburban and headed to church.

To be honest I couldn’t even pay attention to the children on stage as I was wildly flipping between the needs, nay demands, of Meeny (4) and Miny (1). The hubs was the designated historian and was standing three rows behind us videoing the entire production. I’ll have to watch the video later as I swear I didn’t see a single thing in between whispering hushed threats/bribes to the younger two. I can only hope that my antics are outside the video frame.

I believe the whole service was 30-45 minutes but it seemed to stretch on for days as I came precariously close to the end of the candy cane stash. (You would’ve thought 12 would’ve been enough.) Finally, the service was over and the chaos really began. All of the children giddy with the anticipation of Santa’s impending visit mixed with the sugar overload turned the entire sanctuary into a teeming pool of excitement and squeals. We hugged our friends and wished each other a Merry Christmas- smiles, rosy cheeks, and sticky fingers all around us. At some point the children all began climbing on the stage and running around the makeshift manger scene staring down in wonder at the doll-Baby Jesus.

When all our hugs and well wishes had been fulfilled we began to make our way to the doors. Just then there was a blinding flash of lightening and a huge clap of thunder boomed over our heads. The children all squealed in terror and the heavens opened up unleashing a deluge of rain on all of us in our Christmas best. The hubs [generously] offered to pull the car up to the covered walkway so we didn’t have to drag all the children through the quickly flooding parking lot.

He pulled up and we quickly began loading children, strollers, and diaper bags into the car.  The water was already several inches deep running down the curb and we were soaking wet. We had the lift gate open and as I loaded things into the trunk he was busy strapping the kids into their carseats. I had just loaded the last item as I turned around and saw my dear friend’s husband standing there. (Side note:  “Big Daddy”, as she calls him, played college football for NC State and he towers easily 2 feet above me.)

Big Daddy smiled at me, said “Merry Christmas”, ducked his head, and took off in a full sprint out into the rain. With his head ducked down and his eyes squinting from the showers he never even saw it coming and ran full speed, NC State style, into the corner of the opened lift gate.

I tried to scream out but the words tangled in my throat and only a howl escaped my lips as he reeled around, his glasses flying from his face. He took 3-4 stumbling steps still spinning and doubled over into the grass. My husband quickly ran to his side and pulled him out of the rain under the covered walkway. That was when I saw the blood gushing out of his head and splattering all over the sidewalk.

I ran to locate my friend who was just coming out of the church with her two girls.

“BIG DADDY JUST ABOUT KNOCKED HIMSELF OUT AND HE’S BLEEDING EVERYWHERE!!” I screamed at her.

[Please see my earlier post regarding my recent reactions to stressful situations. I am well aware that I have been falling into the “alarmist” category as of late.)

Another friend quickly jumped to the rescue grabbing the girls and ushering them back inside. We ran back to Big Daddy who, at this point, had gathered quite the crowd. They ushered him inside a building and were applying paper towels to his head in an effort to stop the bleeding. We all stood over him assessing the damage and in our limited knowledge we agreed that indeed he would need stitches.

To make a long story short my dear sweet friends ended up spending their Christmas Eve in the emergency room and Big Daddy ended up with 3 staples in his head. 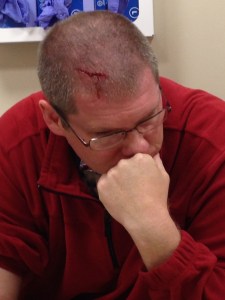 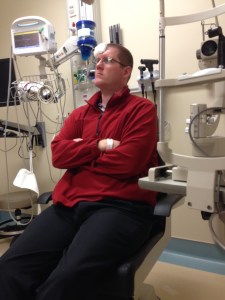 I don’t know what it is about me and mine that seem to attract chaos and destruction. I feel like Pig Pen on Charlie Brown only instead of a black cloud of stink it’s a black cloud of misfortune and crazy (at least I hope there’s no stink). We joke that our family motto is “You’ve gotta be scrappy to hang with the Evans” and maybe it’s become a self-fulfilling prophecy. I dunno. But what I am sure of is that YOU have been warned. Befriend us at your own risk because it’s highly likely that you too will end up as the subject in one of my blog posts.

2 thoughts on “My Suburban is a WMD: A Christmas Story”