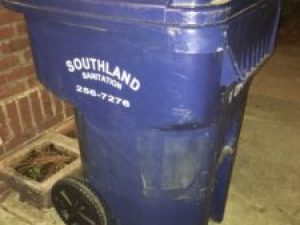 She was a “Proper Southern Lady” if there ever was one. Never leaving her dressing room without her girdle fastened tight, her hair coiffed perfectly, and a brooch secured expertly to her dress. That was the other thing- she always wore dresses. I don’t think she even owned a pair of slacks and I quite distinctly remember the Sunday dinner my sister wore white pants and she pulled her aside whispering “I’ll pray for you” in her ear as she disapprovingly looked her up and down.

She had a lot of rules. No bare shoulders on Sundays, ALWAYS send a thank you note, children should not speak unless spoken to and so forth and so on. She demanded the best behavior from all those in her presence without ever uttering a word. You just knew.

She carried herself with grace and elegance which was why her death, albeit sudden, was exquisite. The day after Christmas she returned home early from our family gathering saying she didn’t feel quite well and then quite simply dropped dead from a ruptured aortic aneurism while brushing her teeth. There was no slipping into dementia, no loss of bodily functions, no long painful process to bring her to her end. She just was and then was no more. She left this world with all her dignity and poise intact.

We arrived at the nursing home within hours of her passing. The staff had carefully laid her in her bed and pulled the covers to her breast. She lay there perfectly still and peaceful as we began to sort through her files. She had laid out the funeral plans perfectly- right down to which hymns should be sung and where she should be buried (next to her long dead husband in their hometown cemetery). Everything was taken care of, everything had been thought out.

For years she had lived in the nursing home and not quite able to get around as well as she used to would send my mother a check to be divvied up and dispersed between the three of us for our Christmas gifts. Every year as we sat around the tree and tore into our presents she would exclaim “Now hold it up and show me what I got you.” It became the running family joke.

And if you ever forgot to send a thank you note (or even if it was just unacceptably late) you would not receive a gift the following year to make sure you learned your lesson. So when we got the call the day after Christmas that she had passed my very first thought was “Thank God I already sent that Thank You note.” Unfortunately, my sister had not yet gotten around to it and this is a sin she will have to live with the rest of her days.

However, I can’t help but feel some remorse that the last memory I have of my grandmother, the last thing she ever gave me, was a diaper genie. I was 7 months pregnant that Christmas and so when the check came I gleefully ran to the baby store, checked my registry, and purchased one of the few essentials I had not yet received. It just so happened to be the diaper genie.

That diaper genie has served me well over the years making it through three children that she never got to meet. I hate the fact that every time I dispose of a dirty diaper I think about my grandmother. It seems to contradict everything I ever knew about the woman. What would she think?? I wish I had the forethought to purchase something meaningful, something reverent- something I could hold in my hand and think “This was the last thing Gran ever gave me.” But I didn’t, and I certainly didn’t know what I was doing at the time.

And so now as my last child moves out of diapers and into underoos I find myself hauling out that diaper genie (which smells like death after 7 years and 3 children) to the curb to be picked up with the trash. As if it were nothing, as if it were just trash and not the very last thing my grandmother, the perfect Southern lady, had given me.

I can only hope that as she looks down from heaven she can see the humor in the whole ridiculous situation and will forgive me of my ignorance and my transgressions.

One thought on “Why I’m throwing out the last thing my grandmother ever gave me.”