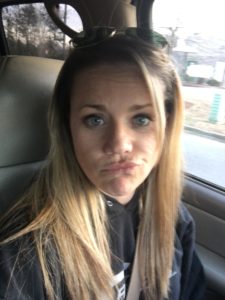 So I’ve had this thing on my to do list for awhile now. You know the thing that you keep putting off and you transfer it from list to list because it’s the one thing that never gets done? Well at some point I have to sit down and wonder why am I avoiding this seemingly innocuous  task? What is it that keeps me from accomplishing this?

For me it is writing a letter explaining to people why I have chosen to go on a mission trip to Rwanda and asking for their donations.

I think the biggest part is that maybe I’m not sure myself why I’m going. It’s hard to explain that one day I just knew that God wanted me to be in Rwanda. I remember back to a Beth Moore bible study I did years ago where she explained that we are not ever responsible for the how or the why- we are merely responsible for the obedience. And that’s kinda what this is for me.

You see God doesn’t speak to me the way I always thought He spoke to other people. I imagined hearing voices or divine signs in the clouds. And quite frankly that’s not how we (He and I) communicate. It’s more of an internal truth that hits me solid and takes me to the ground. Like an anvil. I know that this is the truth. It’s not always this heavy- sometimes He gifts me with sunsets or the person in front of me in the drive thru pays for my meal on the very day I cried out to God to show me the good in the world. But most times- at least lately- it’s a thud. A pay-attention-to-this-and-quit-trying-to-figure-it-out-yourself gut punch.

It’s not the best time. I just started a new job. I have three small children. My husband is only 18 months out from his second bout with Melanoma. No one in their right mind would think that now is the right time to take off to Africa. But I just know it’s where I’m supposed to be. What I’m supposed to do.

Over the past 10 years my world has gotten smaller and smaller. When my husband was diagnosed and underwent subsequent chemotherapy my world shrank to just the confines of my master bedroom. I was forced to take a stance of humility and accept the charity of those around me to survive.

It’s important to me that I give back. That I share the love that has been shared with me. That I leave the dark recesses of that sick-room and go out into the world.

And so here it is. I sit here typing with sore arms from my Typhoid and Hep A vaccines. I’ve renewed my passport. I’ve set up the fundraiser website. I am doing this. 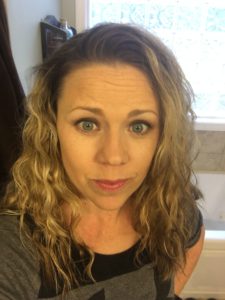 Logistically speaking I will be spending about a week in a very very rural part of Rwanda outside of the capital of Kigali. We have three teams: 1. medical, 2. business, and 3. teaching/english. I will a part of the English team teaching conversational English to high school students in a remote village called Bwenda. (Because let’s be honest if there’s one thing I excel at it’s conversational English lol.)

So with all that said I’m going to Rwanda and it would be super awesome if you would consider supporting me financially, prayerfully, or logistically (somebody’s gotta keep these kids out of the ER while I’m gone). I would appreciate anything you have to offer.